RM Watson were engaged by TJ Taylor Consultants (TJT) in early 2004 to assist in an investigation of the residential block at 48A Queenscliff Road, Queenscliff. The building’s concrete elements were suffering from severe corrosion related spalling including numerous instances of failed previous repairs.

TJT had been advised by the strata managers that several patch repair projects had been carried out on the building in the preceding 10 years. Considering the chloride levels found during testing, the presence of failed previous repairs and widespread incipient anodes, RMW recommended to TJT that the owners should consider cathodic protection (CP) as a remedial option. This electrochemical repair would significantly reduce or halt the ongoing corrosion to the reinforcement and give the owners a long-term solution to their chloride problem.

The owners elected to carry out the cathodic protection works as well as a major façade upgrade which included new windows and doors, rendering of the façade brickwork, new tiles and balustrades to the balconies and a full façade coating to finalise the works. RMW won a tender for this work in 2005 with work commencing later that year.

The effectiveness of the solutions delivered by RM Watson have continued to deliver extra value for the residents and owners of 48A Queenscliff for the last 13 years.

While the obvious value added to the building has been 13 years of maintenance free performance of the concrete structure after many years of constant spalling. There has been another significant bonus for the owners. The exposed substructure of the building was a wasted space with significant structural issues relating to the cracking and spalling of the columns. With this issue addressed due to the enduring effectiveness of the CP system, the owners were able to get approval to install two additional apartments in this area, see photos below. The sale of these units more than repaid the original investment made by the owner’s corporation and increased the average unit price of the block by 19% per annum. 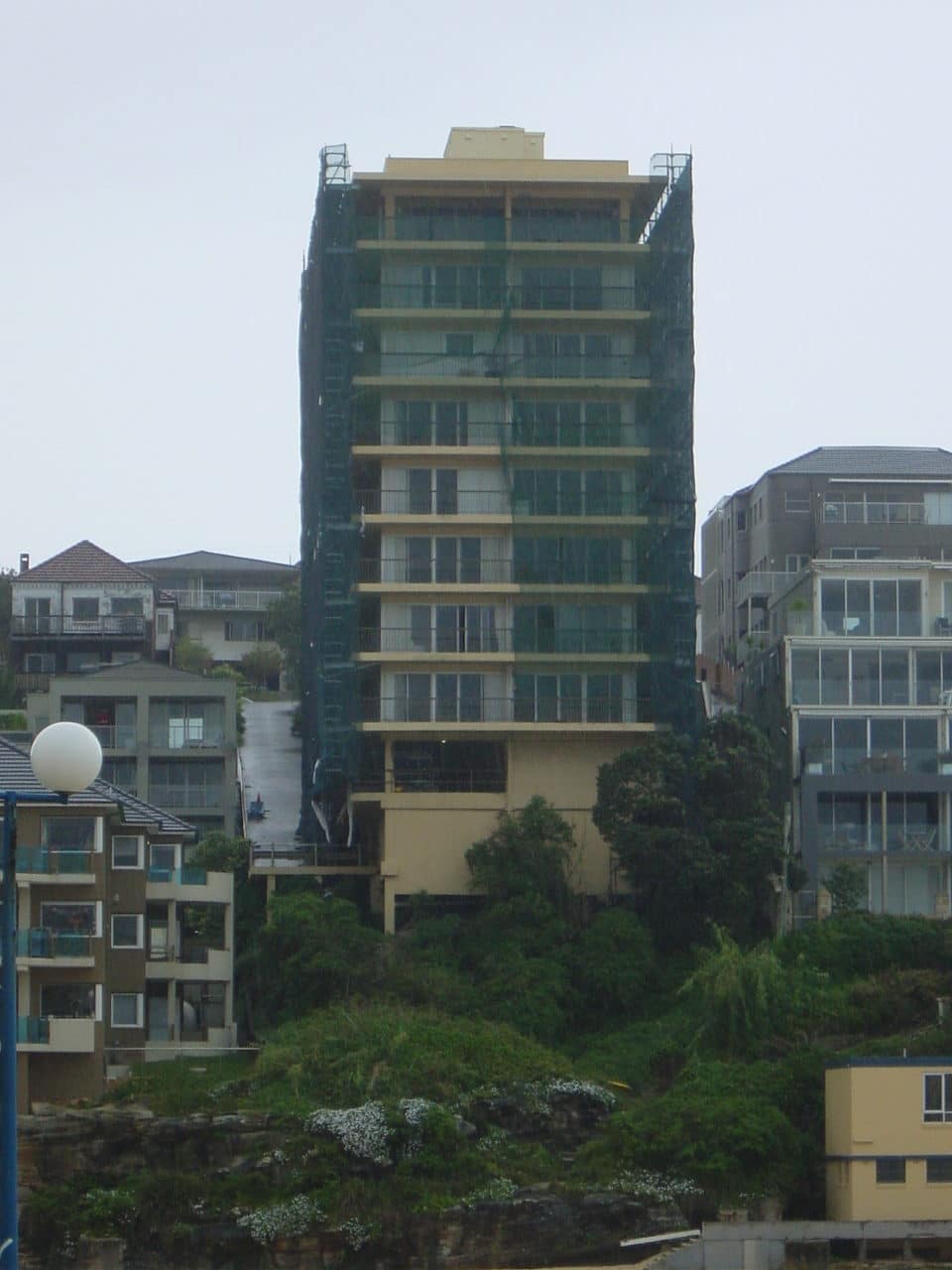 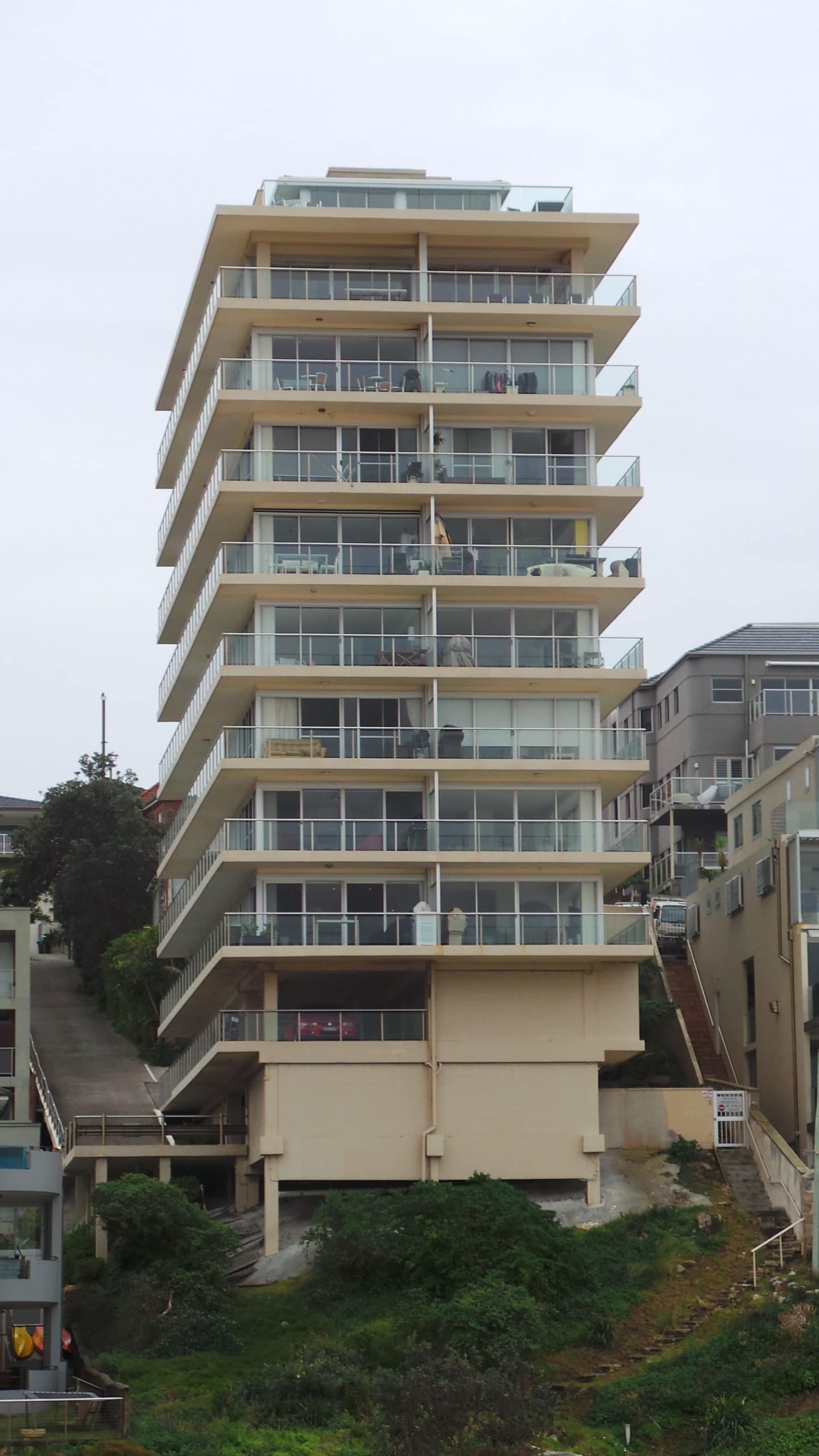 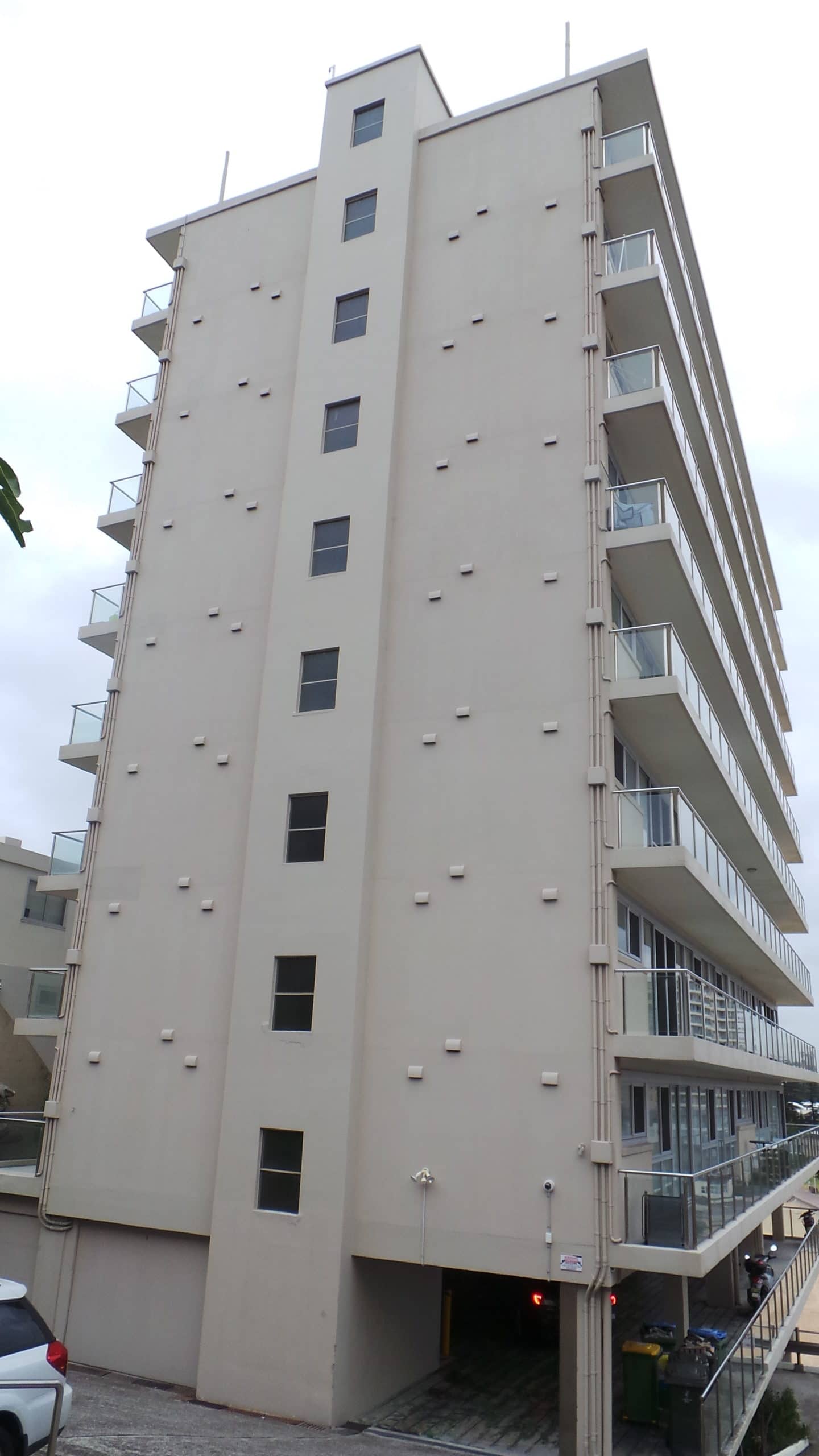 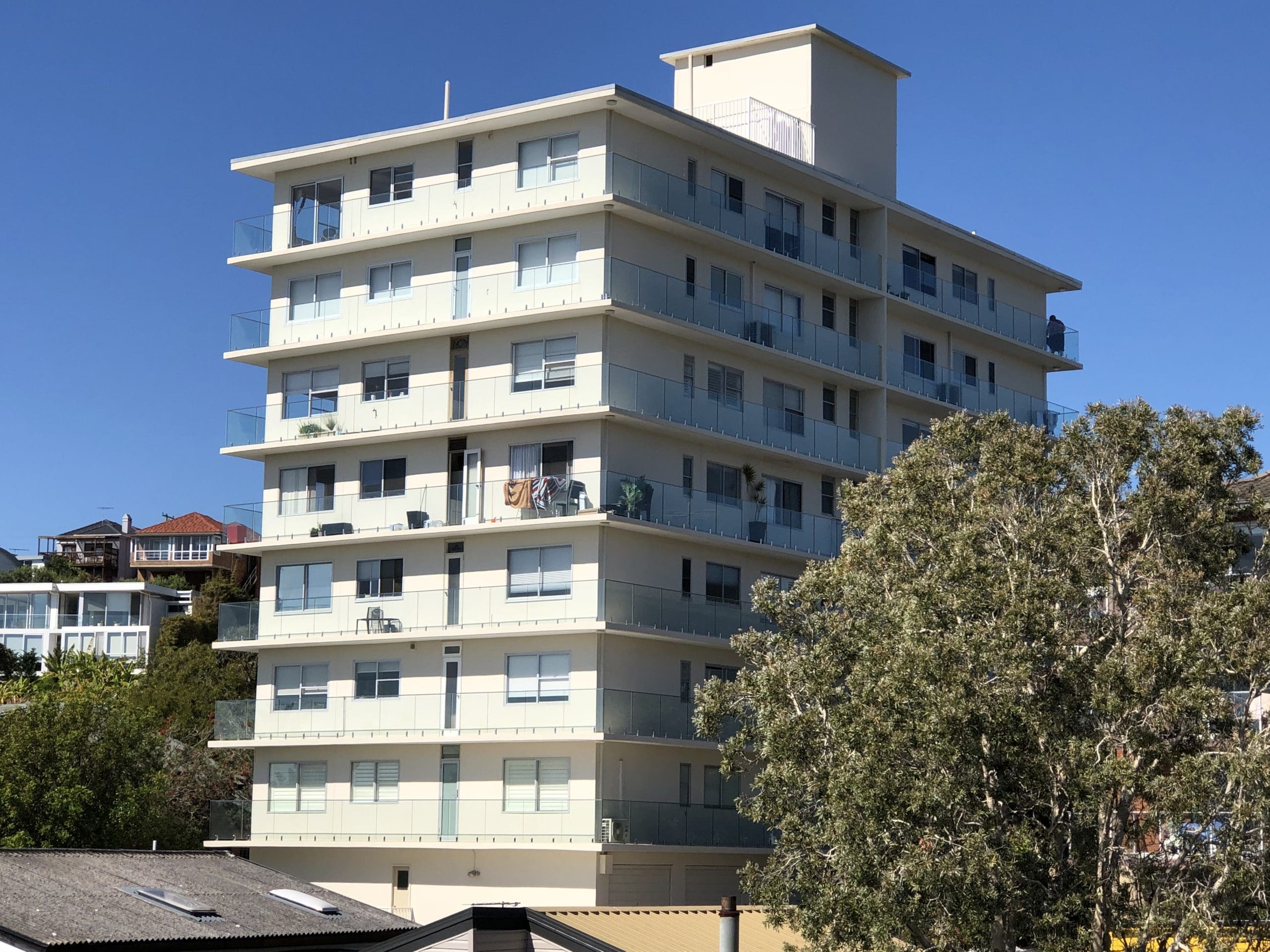