7 South Steyne Manly, formally known as Dungowan, was built in 1919 by wealthy pastoralist Leslie Sprague. The four-storey residential flat building boasts an Interwar Free Classical style façade and has stood guard at the southern end of Manly Beach for over a century.

Due to the site’s proximity to Manly Beach, numerous façade elements were suffering from corrosion related to the chloride-rich sea air. RM Watson was engaged to undertake the following services and restore the historic apartment block to its former glory:

As a fully operational residential site, the access system and staging of works were designed to minimise the impact of RM Watson’s presence on residents. The Southern, Eastern and Western elevations of the site were accessed concurrently to minimise the duration of the project. While a bespoke scaffold was designed to ensure access to all building entry points were maintained for the duration of works. 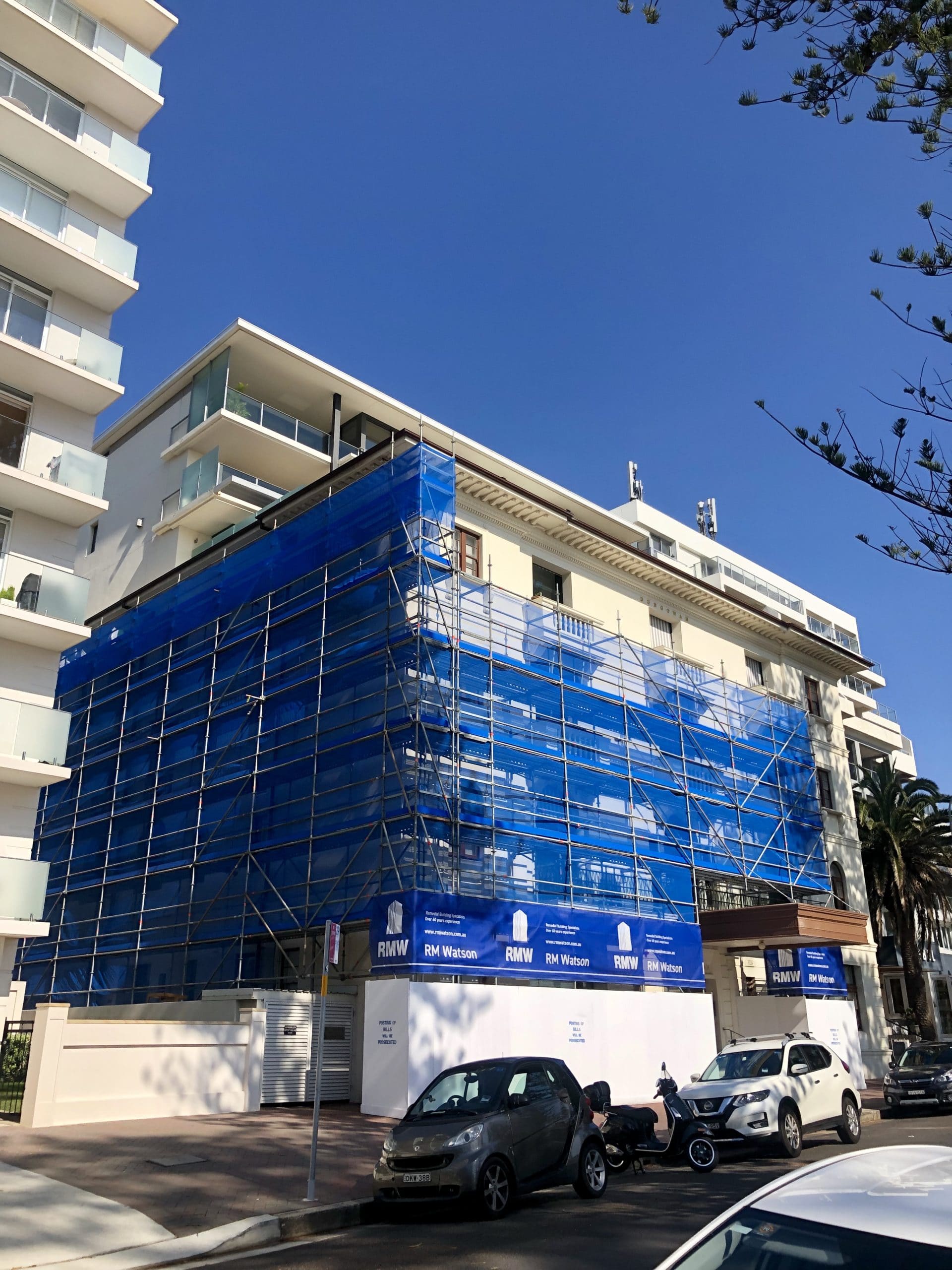 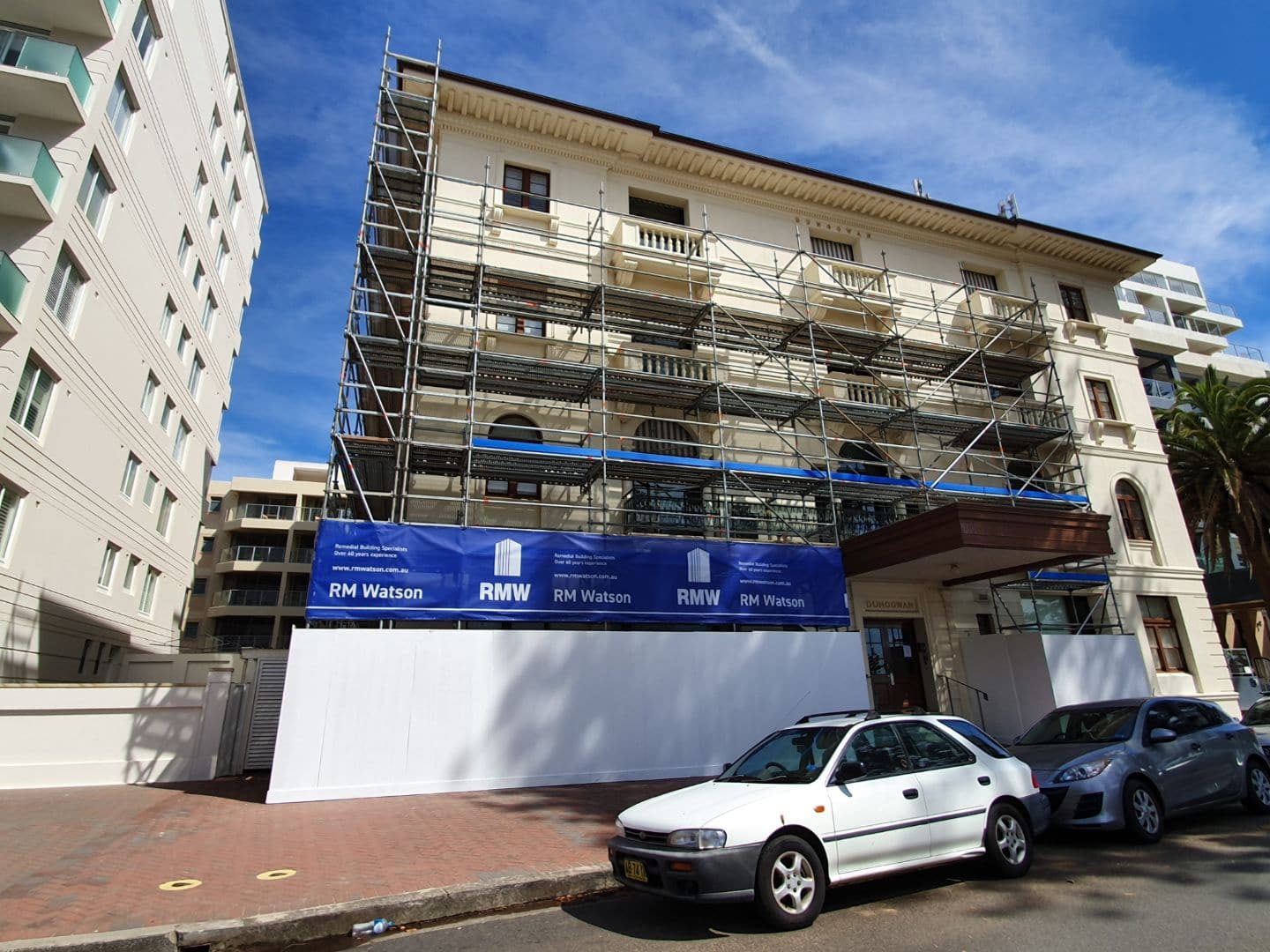 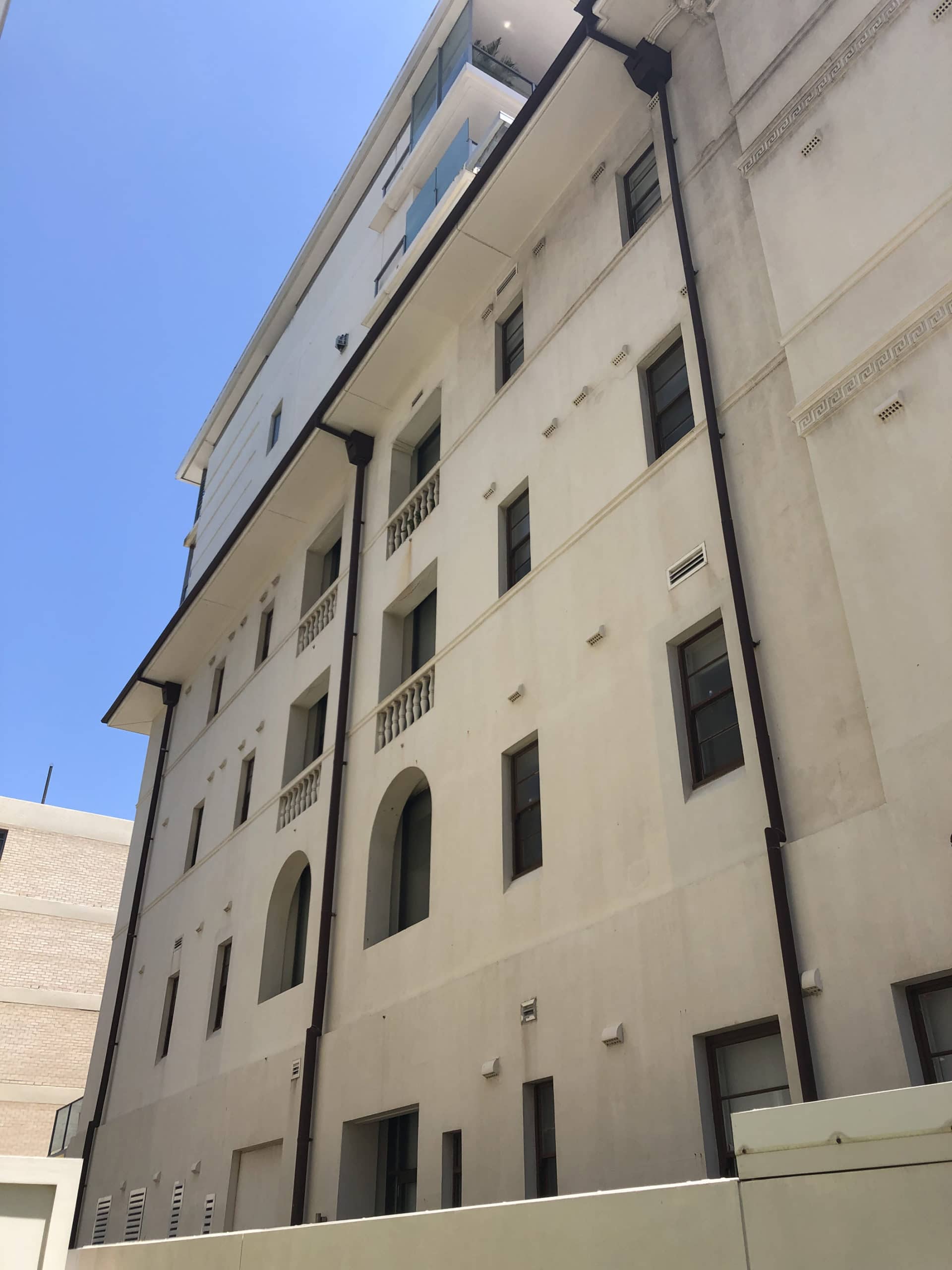 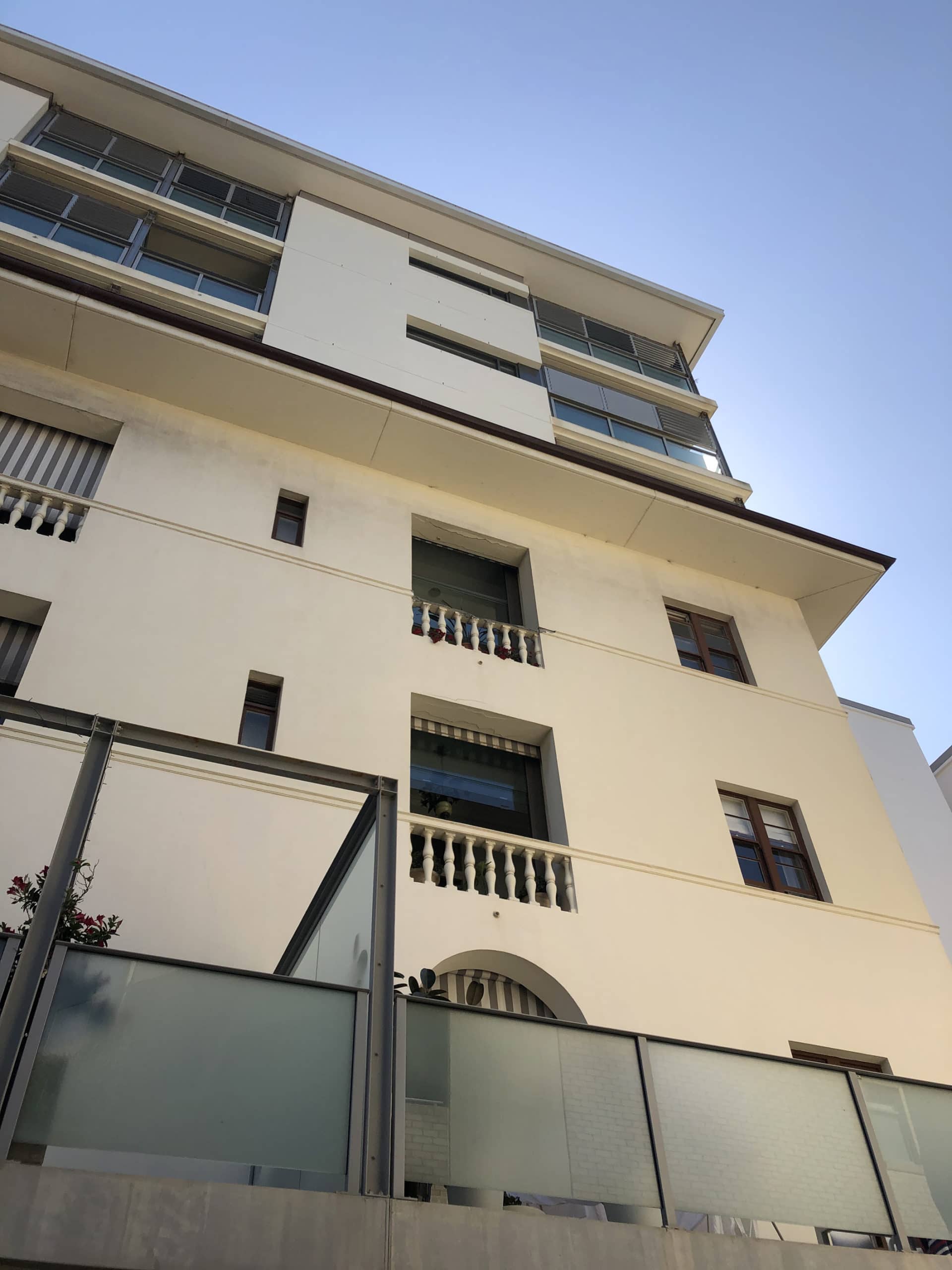